Viljoen and Thomson, alongside rowers from various schools, made up the South African Junior Men’s Coaxed Four team. In a gutsy performance, the young men achieved 7th place overall, winning the B final at the Championships. This was not only a proud moment for the athletes, their parents and Bennies, but also the country.

St Benedict’s already boasts 27 consecutive national titles, over 45 national athletes, and a body of learners who truly love the sport. College Headmaster, Dave Jeffrey said, ‘Rowing is a Bennies flagship sport, and we’re incredibly proud of our athletes who have taken it up a notch by representing their country. The achievement of their national Colours Blazers is also a significant milestone for these young men.’ 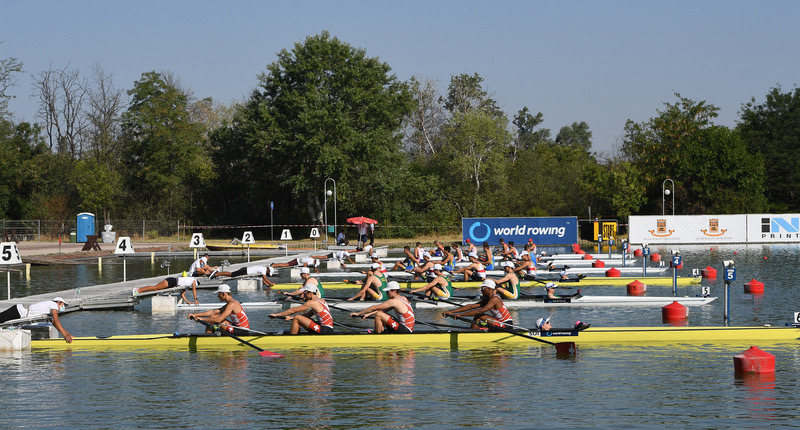 A proud and committed Bennies Old Boy, Darryn Roff runs and coaches the Rowing Club, and added, ‘We’re all extremely gratified to have achieved this accolade and it perpetuates the winning culture instilled by the school, in all its learners. Rowing is a sport that requires unbelievable discipline and ongoing perseverance, and these athletes bear testimony to hard work paying off.’

From humble beginnings in 1988, the rowing club has swelled to its largest ever size of 140 rowers. And much is expected from these young men as the club has produced four Olympians in its 33 years. ‘This is arguably the most successful youth programme in South Africa and ranks among the best globally. We look forward to producing many more champions of the sport,’ said Roff.

The recipients of the National Colours.

The recipients of the National Colours.
Jeffrey said, ‘We are also appreciative of the coaches, teachers and schoolmates, who were so supportive and are now helping them to catch up what they missed ahead of the upcoming exams. We pay testimony to the unwavering community support that enabled the learners to achieve the greatest honour of all: a green and gold blazer. There’s no greater honour than representing your country and to do so at such a young age, and in such a competitive sport, is quite remarkable.’