His master’s research examined a process to turn mine tailings into bio-bricks; the same biological chemical process that created the world’s first bio‑brick from human urine in 2018 in his supervisor, Associate Professor Dyllon Randall’s, laboratory. Though Daniel managed to create a bio‑solid from the tailings, the quest to develop a bio-brick is ongoing and is currently being investigated by a new PhD student, Emma Horn.

To complete his experiments in an intense four-and-a-half months, Daniel said he worked “Mondays to Sundays” in a mini microbiology laboratory he created in the Water Quality laboratory in the Department of Civil Engineering, which was partly funded through Associate Professor Randall’s Future Leaders – African Independent Research Fellowship.

It’s a promising development with potential for the circular economy; a model based on large quantities of cheap, easily accessible materials, such as urine and mine tailings. Mine tailings are the crushed, sand‑like by‑products left after minerals and metals have been extracted from ore. Their storage in stacks, pits and tanks creates serious ecological and health hazards.

The importance of innovation for repurposing waste streams was highlighted by the United Nations’ 2021 theme, International Year of the Creative Economy for Sustainable Development.

“My dream was always to come to Cape Town.”

On South Africa’s mineral‑rich Witwatersrand, mine dumps are familiar eyesores. The Johannesburg‑born graduand said he’d always wondered whether the dumps could be put to use. After matriculating from St Benedict’s College in 2014, he set out on an academic path that would one day try to answer that.

It wasn’t a linear journey. After two years studying chemical engineering at the University of the Witwatersrand, Daniel visited a friend at UCT. After an introduction to the Chemistry Mall on upper campus, he was sold.

“My dream was always to come to Cape Town,” he said.

The following year he joined his younger brother, Dominic, who was starting as a UCT undergraduate in civil engineering. 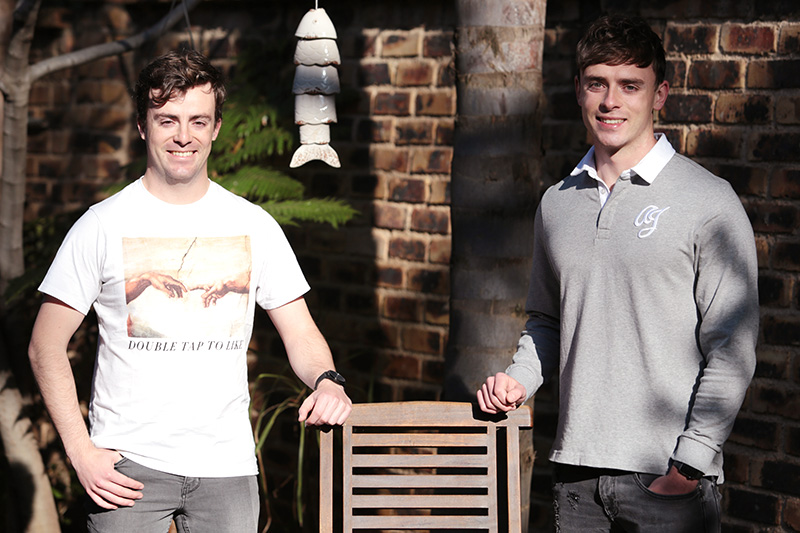 To make the solids from the mine tailings, Daniel used a natural process called microbial induced calcite precipitation (MICP). The loose tailings were colonised with bacteria that produce urease. The urease breaks down the urea in urine to produce carbonate ions. These carbonate ions then combine with free calcium ions in the solution and ‘glue’ the loose tailings together into any shape, such as a brick.

The work built on the processes used by UCT master’s student (civil engineering) Suzanne Lambert to create the world’s first bio‑brick using human urine in 2018. Randall also supervised that work. The urine bio‑brick subsequently made world headlines, an exemplar of what could be achieved by extracting value from waste.

Fortuitously, Daniel had worked with Randall on an allied project to create a business model for portable toilets that convert human urine into fertiliser. Randall recently received the national South African Institution of Chemical Engineers 2021 Innovation Award for the urine bio‑brick process and the fertiliser‑producing urinal.

For his master’s, Daniel opted to pursue this line of research with Randall.

It wasn’t all plain sailing. The COVID‑19 disruption was massive and halted his laboratory work for three months. The second challenge was getting mine tailings, and the third, getting the process to work.

“We knew [the mine tailings] would be toxic to our bacteria but we didn’t know how big an impact that would be,” said Daniel. 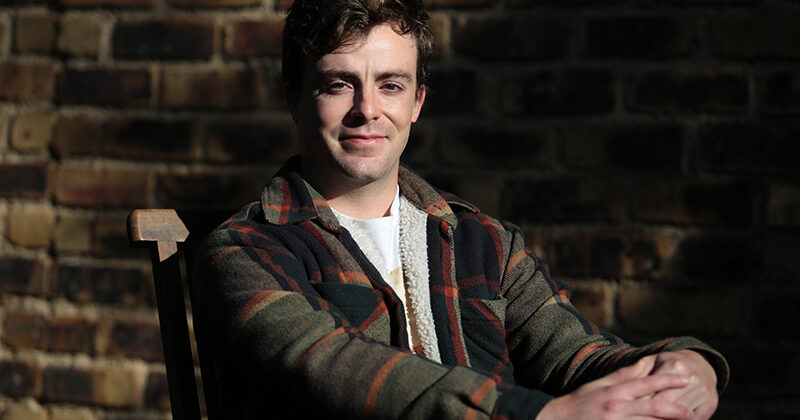 Daniel de Oliveira has always been driven by curiosity. “You make better discoveries that way,” he says.

But it was the fineness of the tailings that proved the bigger challenge.

“They were so finely packed that the bacteria were starved of nutrients and oxygen, which meant that the MICP could not occur throughout the material and hence, the material was not cemented.”

Developing a new method to “grow” bio‑solids using mine tailings involved additional research and development and plenty of experimental “tinkering”, he said. Though he’d initially aimed to complete everything in a year, Daniel still managed a coup.

“It’s what I enjoy. I’ve always been driven by curiosity – you make better discoveries that way – and I was motivated to get into the lab and get it down and done.”

Win‑win for funder and researcher

Daniel’s research was funded by AngloGold Ashanti, which is investigating several initiatives to dent the quantities of tailings that need to be stored. Vaughan Chamberlain, the mining company’s Senior Vice President: Strategic Planning and Technical, said they had read about UCT’s urine bio‑bricks process and were interested in the possibilities.

“However, when we pick up on interesting research work such as this project, we will fund it independently to look to unlock potential value that others may not recognise,” said Chamberlain.

“If possible, we would like to eliminate tailings entirely, but this would involve a number of other initiatives that we are pursuing.”

“If you put your mind to it, you can achieve anything you want at UCT.”

He added: “We were following a path looking at using similar techniques to address dust generated from tailings dams and identified the opportunity to potentially link the work.”

There are also other economic possibilities linked to this work. Ecologically viable products such as bricks or tiles could be used in building facilities such as schools and clinics in local communities and funded by the company’s larger corporate community projects.

“We would start even closer to the mine in that we would probably look to set up community businesses to manufacture and distribute these products,” Chamberlain added.

“Dan is a brilliant student and a natural researcher. The project wasn’t always easy, but he pushed through and produced an excellent piece of work. I’m immensely proud of him.”

Chamberlain added: “Daniel did a sterling job of his research. Firstly, by the quality of his desktop work completed during lockdown and then the speed with which he attacked the laboratory work once he could return to the university.”

Besides his academic achievements, Daniel has also quietly notched up another milestone: He is the first in his family to graduate from university. The July graduation, even in its virtual format, will be a De Oliveira family affair, not only for Daniel but Dominic too, who is graduating in civil engineering, the same field as his ouboet (older brother).

Daniel is now eyeing a PhD in the biomedical field, aiming for a research career. UCT, he said, has created the right platform, built on Vision 2030 with its pillars of excellence, transformation and sustainability.

“If you put your mind to it, you can achieve anything you want at UCT,” he said. “The lecturers are always there to help you. There was always encouragement from people in all departments. Everyone was willing to pitch in with ideas. It’s a very welcoming and easy place to learn. It’s a community that does come together.”